Hi All!! I just wanted to thank everyone who has supported me on this adventure. I have loved getting to know you all. It has been a joy ... but a time consuming and overwhelming one. Because of this, I am no longer going to be reviewing books and posting here. I will continue to read and post reviews on Goodreads and Amazon.

Thanks for the Memories! 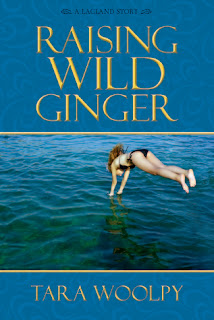 
Parenting is hard. That's what Edward Rosenberg has always assumed, although his only experience with children has been as the drunken uncle. Now the love of his life, Sam DaCosta, is yearning for fatherhood. Edward's been sober for years. He and Sam are in a good place. Why rock the boat? On the other hand, how can he deny Sam his dream of a family?

Then they meet Ginger. At twelve she's been through more than either Edward or Sam can imagine. She's seductive, secretive and dishonest. But somewhere between stealing his cash and alienating Sam, Ginger manages to wind herself into Edward's heart. Can the three of them create a family? Or will Ginger blow them all apart?

I loved Tara Woolpy's first novel, Releasing Gillian's Wolves and her second offering, Raising Wild Ginger, solidifies Tara's place as one of my favourite authors. What did I like about it? (you ask) Well, I'll tell you:

10 THINGS I LOVE ABOUT RAISING WILD GINGER:
Here's a Taste from Page 54:

A steady Sunday afternoon crowd strolled through the mall. The occasional stranger's glance let me know what an odd group we were, two well-groomed middle-aged men and their pet Lolita. We found our way to the juniors section of a large department store.
"I don't really care what she wears," I'd told Sam earlier, "as long as it looks like she can breathe."
He'd been sitting cross-legged on the bed, skimming the table of contents of one of his scientific journals. "Not looking like a professional would be good."
And so here we were, flipping through racks of brightly colored little shirts and pants.

Hey everybody! Summer has begun and my move is in full force so the blog has been kind of quiet. Today things heat up with a guest post from Paula Priamos, author of The Shyster's Daughter. Here's what I know:
Paula Priamos is a Los Angeles based writer whose writing has been regularly featured in the Los Angeles Times, The New York Times, The San Francisco Chronicle, The Washington Post and other high profile publications.

Part coming-of-age tale and part detective noir, The Shyster's Daughter tells Paula's story of growing up in a Greek immigrant family in Southern California in the late ‘90s. As the daughter of a defense attorney, Paula was raised in and out of courtrooms. Unbeknownst to her family, she witnessed her father––the very man who defended such criminals as suspected murderers, rapists, high-level drug dealers, and white collar criminals––become one himself.

When her father mysteriously dies, Priamos starts to investigate into his death. Her findings reveal a side of her father that wreaks havoc with the image of the hard-working and honest man her family has come to cherish and lead to a stunning revelation on how we choose to remember our family.

At its core, The Shyster’s Daughter is a universal story about the unbreakable bond between a flawed, mercurial father and his daughter, and the strength of family ties.

Sounds like quite the life. I can't wait to read it! Now I'm turning the blog over to Paula:

Memoirs oftentimes get a bad rap. Readers assume a memoir will read like an autobiography, a dry one that chronicles a person’s life in painfully slow and expository detail. Tedious and time consuming, these types of personal stories typically start at birth or at a random moment from early childhood and end on some pivotal moment as an adult. The narrative spans too much time and the dramatic moments, the ones worth focusing more attention on appear more like talking points on the page because the writer, well, he or she just can’t shut up. The writer wants to include too much. Extraneous details are the reason why it’s too boring for you, the reader, to ever really finish, but explains why it remains on your nightstand because it serves better as a sleep aid than any over the counter drug.
I made the decision to begin my memoir with a prologue, the phone call my father made to me hours before he mysteriously died. That night has haunted me to this day and finding out the reasons why he died was one of the driving influences for me writing the book. But the true beginning of my memoir, where my story starts is with my first experience with violence. I am twelve years old and it’s the night an inmate has just escaped from a prison a few miles away from our home. The escapee had been arrested under an alias. He is much
more violent than authorities had thought. He has just slaughtered an entire family and left the soul surviving child laying in his parents’ bedroom, plugging four fingers in his slashed throat for eleven hours until help came.
The news of this horrific scene prompts my family into action. My father heads outside and inspects the perimeter of our house with a loaded rifle at his side while my mother, who is six months pregnant, and I barricade the sliding glass doors with big lumbering dining room chairs. This night for me and my family was frightening and a suspenseful place to begin the book. But it also marked a significant change for us. My mother would soon give birth and inevitably leave my father. She was tired of life with a shady criminal defence attorney who made his living off aiding dangerous killers like the one we were so desperate to keep out of our home that night. I would stay with my father and he and I would struggle to move on after the rest of our family had moved nearly two thousand miles away.
The night my family’s lives were in danger was a natural place for me to begin my memoir. But there were other events that occurred later that I had to carefully reconsider if I should flesh out or omit altogether in order to keep the story moving. I purposely structured my memoir to read like a novel using scene, dialogue and plot. What to include in a memoir is just as important as where to begin. Make no mistake, writing memoir is personal on more than one level, and the mundane details of day-to-day life do get in the way of a good story. It is the difference between a book being hard to put down and one that is left on the nightstand as a cure-all for those rough nights of insomnia.

Personally, I love a good memoir and this sounds like a good one to me. Thanks to Paula for being here today.
Posted by Unknown at 12:16 pm 6 comments:

Congratulations to Anita Y! She has won a copy of Darkroom by Joshua Graham. Thanks to everyone who entered.
Posted by Unknown at 9:39 am No comments: 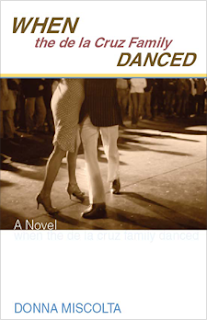 Congratulations to each of the winners of a signed copy of When the de la Cruz Family Danced by Donna Miscolta!! I loved the book and I hope you do to.

Congratulations to Marjorie T; Marjorie R and Alexis on winning signed copies of When the de la Cruz Family Danced.

Congratualtions to Anita Y. Winner of Darkroom by Joshua Graham.